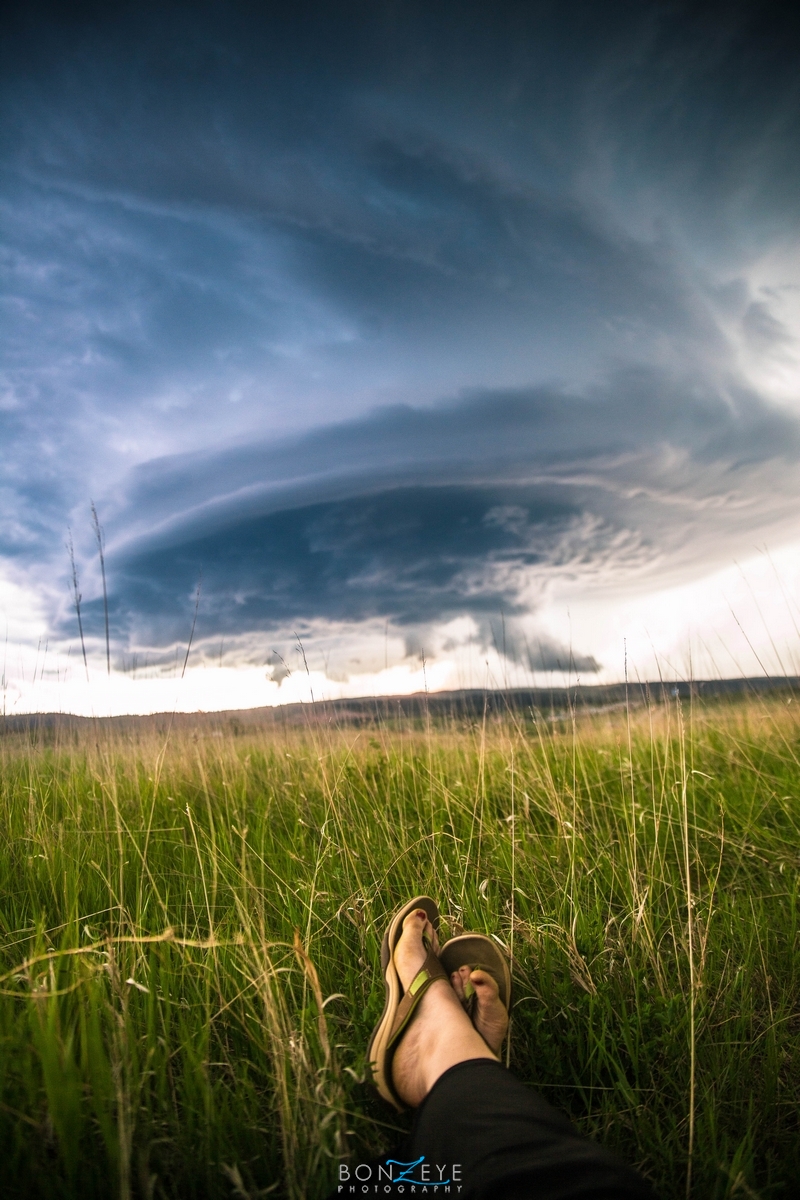 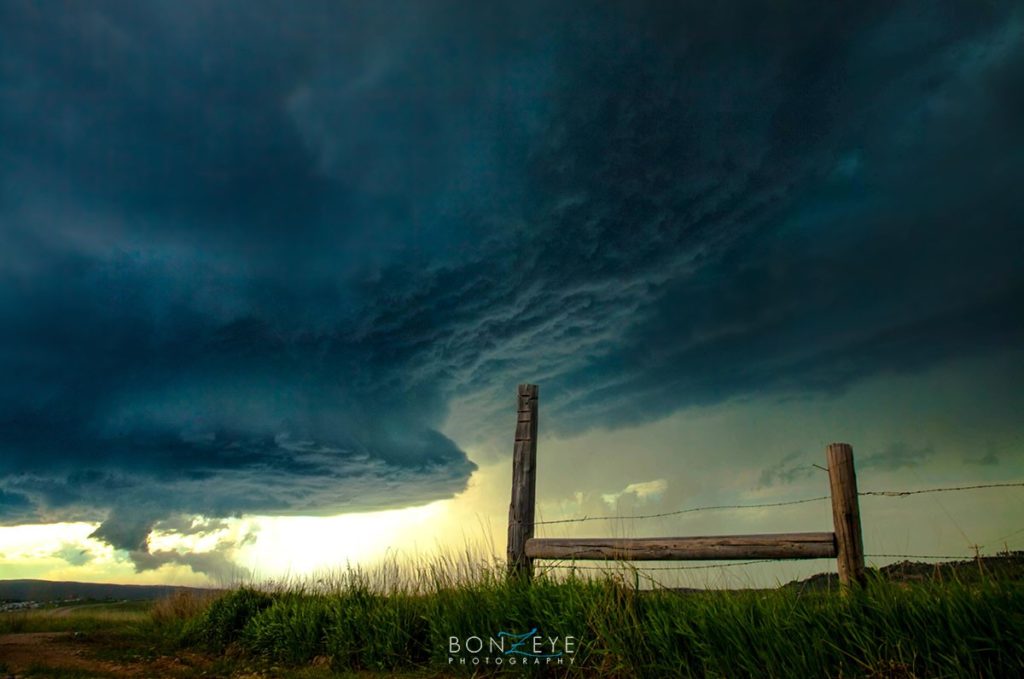 It was at the end of a long day on June 1 when Bonny Fleming and her boyfriend, Aaron Woodward, had a suspicion that the storm clouds approaching Rapid City from the north could be something memorable.

“We had just mowed the lawn and we were sitting there on the couch, tired,” Fleming said.

Fleming, a local photographer, and Woodward, a storm chaser, got on their phones and looked up the trajectory of the storm. The location of the impending thunderstorm persuaded them to jump in the car and get closer.

The couple drove to Deadwood Avenue and parked near Black Hills Harley Davidson. It wasn’t long before other vehicles stopped near the same location, including a handful of professional storm chasers who immediately unpacked their fancy gear and waited.

“They said they were in the area and it was the best storm of the day,” Fleming said. “One crew had chased it from Colorado and ended up where we were. It was kind of fun to meet all these professional storm chasers. We talked about their journey.”

Fleming took a video of the storm with her cellphone, tying it to a tripod with a hair tie.

“I’m a photographer, so if it looks cool I want to shoot it,” she said. “But I’ve never taken the time to understand how storms work. I knew something was happening, but I didn’t expect that.”

As a super cell descended over the Piedmont area, Fleming decided to record 45 minutes of the storm and show it later as a time-lapse. The resulting 24-second video is a startling record of a remarkable weather event.

It was unique in the way it just sat there for two hours,” she said. “I didn’t know the storm would be so amazing.”

The powerful storm shut down a 20-mile stretch of Interstate 90 north of Rapid as up to a foot of water flooded some of the roadway. Stranded motorists waited for the storm to abate as it pummeled nearby Piedmont with golf ball- and softball-sized hail.

“It’s that 15 minutes of fame thing,” Fleming said, laughing. “I just put it up on Facebook and by the time we got home it had been shared or liked more than a thousand times.”

NBC contacted her to ask permission to use the video. CBS and ABC’s national programs followed, and Fleming’s video was featured on the “Today” Show the following morning.

Fleming hopes it will lead to bigger things. “It was an along the road, cool thing that happened,” she said.

Later this summer, Fleming and her daughter will head out on a 5,000-mile road trip. She will photograph and blog about the trip along the way. “The serendipitous part of me says I have a whole new audience and maybe it will lead to other things,” she said.

To watch the video, visit youtube.com/watch?v=CrQ_6H_mXFQ.