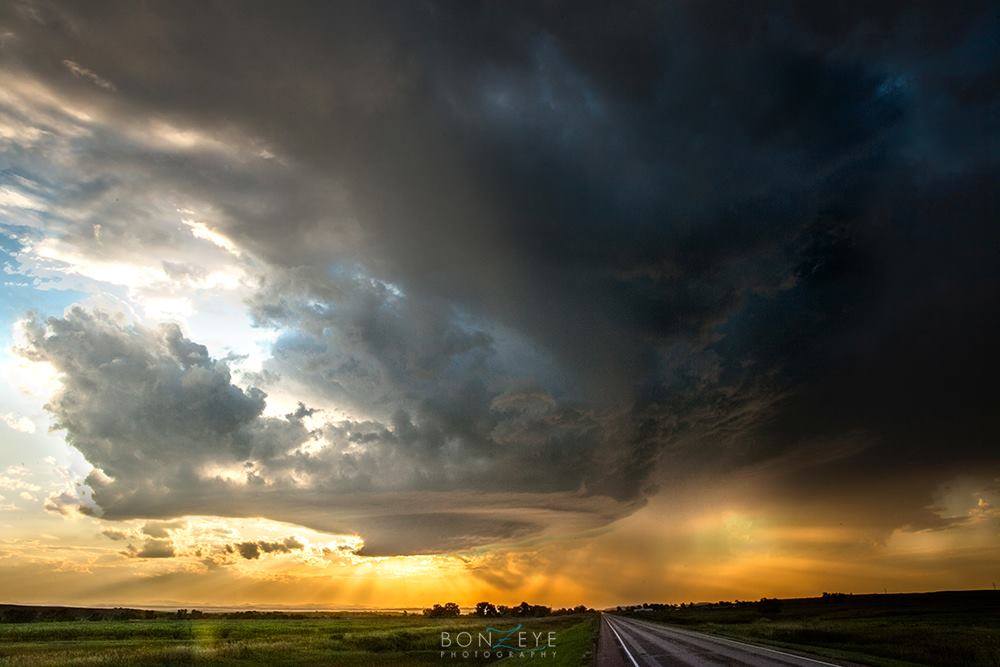 I was already about 15 miles out of town when my mom sent me a text asking how my night was. “I’m chasing the storm” I told her. “I want to get a shot of a rainbow and the lightning.” She told me to be careful and a few moments later I got another text saying that I should have pretty good luck if I kept going North East.  Which was exactly the way I was headed. I raced onward watching the clouds behind me and the storm in front of me. There’s a delicate balance you have to find when trying to achieve a shot like this. You have to stay at the edge of the storm so that you are where you need to be when the sun finally drops below the clouds to reveal the rainbow.

I finally found my spot and was able to get out of the car and get the gear set up under the raised tale gate of the Pathfinder. I clicked what seemed like hundreds of shots, and to be honest, I wasn’t sure I’d gotten anything to brag about until after the rainbow had faded away and the sun had gone to bed. I quickly scrolled through my shots and marked one as “could be it” and headed back to town. It wasn’t until I had gotten the shot on my camera until I realized what was truly remarkable about it. You can clearly see from the shot that the lightning isnt traveling down from the heavens, but instead is traveling from the ground to the sky.