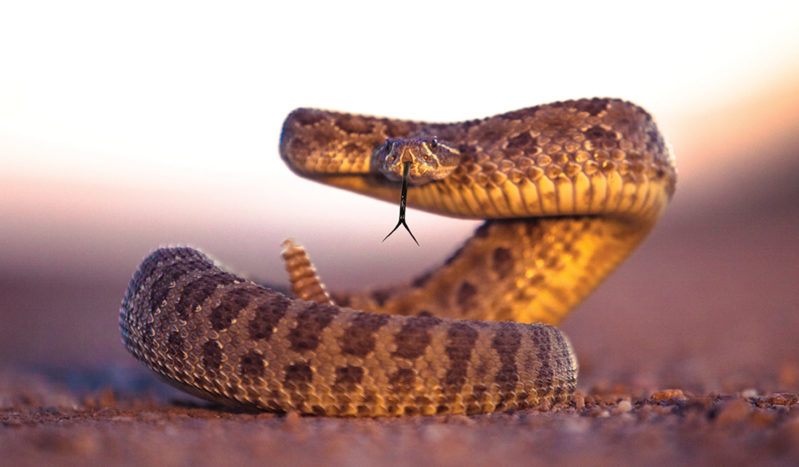 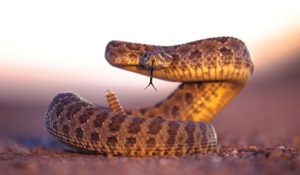 It’s a very “striking” photograph, if you’ll pardon the expression.

Bonny Fleming’s photograph “Punctuated” puts the viewer at ground-level, face-to-fang with a rattlesnake coiled and poised to strike.

“A lot of people aren’t going to want to see that,” Fleming said of the startling shot. “But it’s one of my personal favorites.”

“Punctuated” is just one of about two dozen of Fleming’s photographs showing at the APEX Gallery at the South Dakota School of Mines & Technology in Rapid City.

Fleming, 35, is a local photographer, born in Deadwood and raised in Rapid City, where she graduated from Rapid City Stevens High School.

She took every art class she could in high school, also picking up a single-lens reflex camera at a young age and seemingly never putting it down again.

Her exhibit titled “Every Now and Then” opened on April 4 and continues through May 8, with an artist’s reception set for Friday from 5 p.m. to 7 p.m. at the gallery, located in the Room 201 of the Classroom Building on the Mines campus.

“She is voracious in her need to be artistic,” Mitchell said. “She must have a camera attached to her eye.”

Fleming is scheduled to talk about her photographs at about 6 p.m. during the April 10 reception.

Fleming, owner and operator of Asio Studio in Rapid City, said photography is as much about the journey to a great shot as it is about the final print.

“The story behind the photo is as much fun as the photo itself,” she said.

“It’s all about being out for a drive or on a hike and seeing something amazing,” she said. “I can bring that moment back and give it a future.”