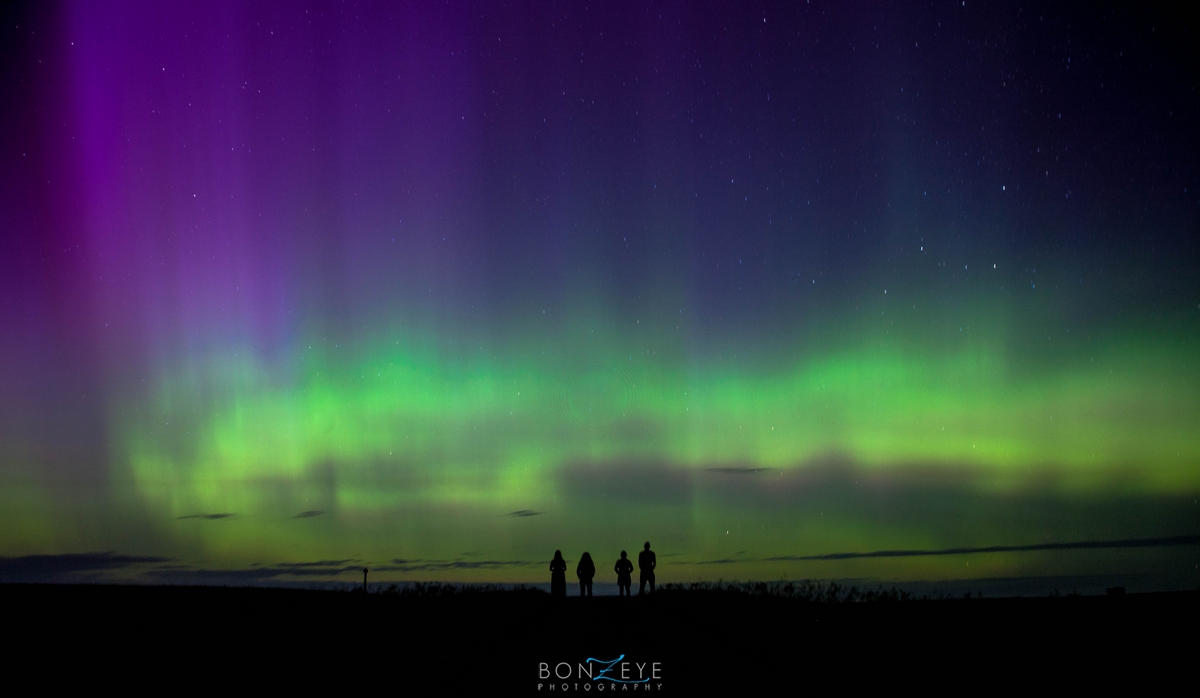 I mean, what is really expected of you when someone says “The Northern Nights are going to blow up tonight!”? You look to the north and see its clear and you just go!

We’d actually just wrapped up another shoot and were headed back to town when the Aaron spoke the previously mentioned statement. The crew in the car consisted of Aaron, Amy, Anna (Tuesday) and me. We all mutually agreed that we didn’t really have a choice in the matter and the late night excursion was on. After a quick pit stop in Rapid we loaded up and headed north out of town. The faint whispers came early and at our first stop the slightest of formations could be made out against the not-yet-quite-dark-enough sky. A long exposure confirmed the apparitions and it was game on.

We stopped and started several times each time the lights came out stronger and brighter than before. The climax though came after I had the idea to put us all in the shot. I set the timer and ran to line up with the others. Seconds after I got there, the sky exploded and there was nothing any of us could do but stand there in absolute awe.

We chased the lights until slightly after 1:00 before the clouds rolled in and reminded us all of our obnoxiously early morning obligations. All in all though, it was truly awesome. A memorable night indeed.