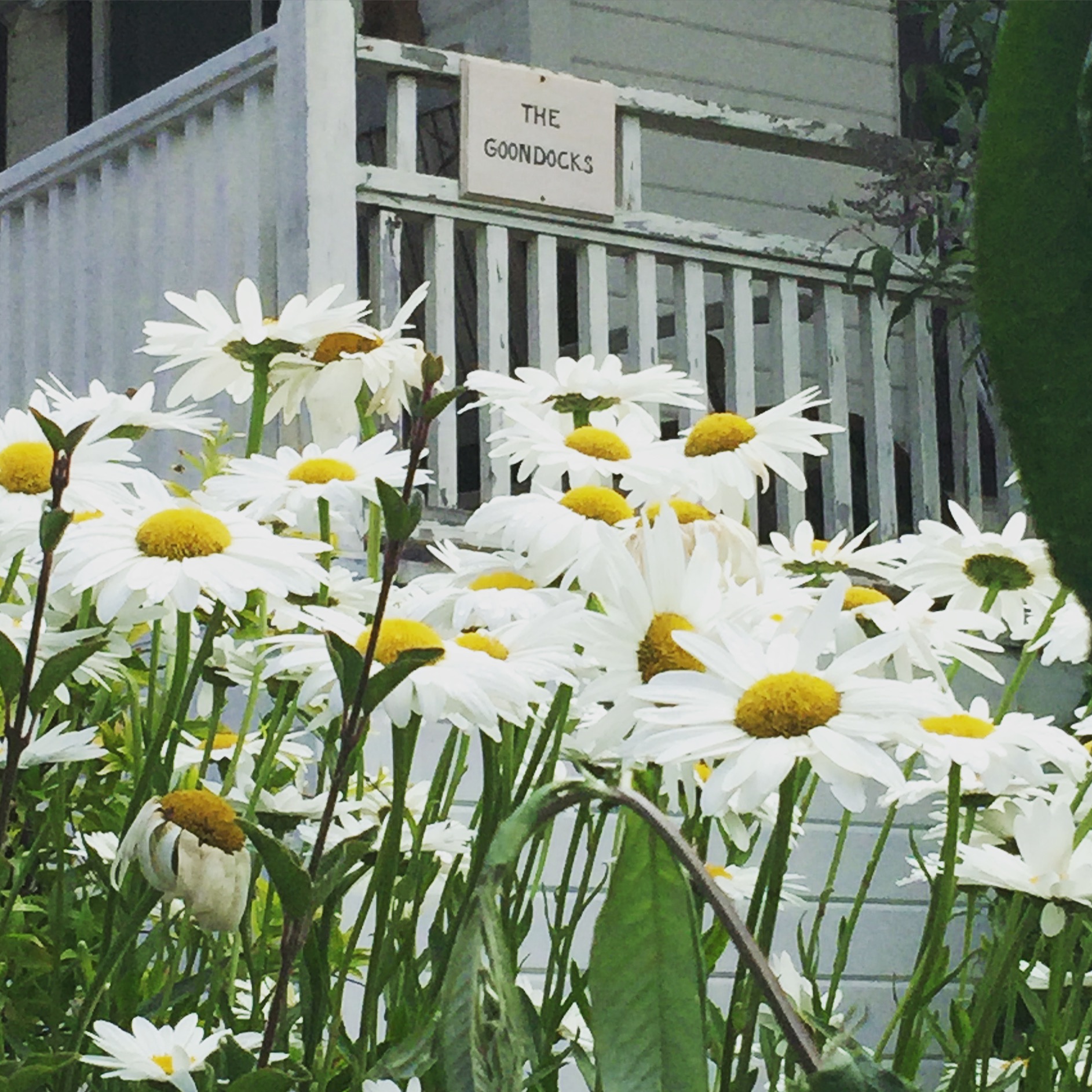 It is very hard to invoke excitement from a 12 year old, especially when its something her mother thinks is cool. When we went through Astoria, she lit up. “This is where Goonies was filmed?!!” “Where is the house?!” – That was enough for me to go on a full blown adventure. The first time through town we were pulling the camper and stopping wasn’t an option so we reluctantly plowed through. We did stop at Fort Stevens though for the first official toes-in-ocean experience. There was a cool old ship wreck there and Anna actually giggled and smiled as the waves crashed into her. We drove pretty much straight to camp after that – I cooked us up some steaks for dinner that coudn’t be beat and we crashed out early.

We decided the best thing to do would be to go back up to Astoria and start the Goonies adventure again – sans camper. Anna quickly found a page on Google with all the relevant addresses. We found the Goonie house quickly, what I didn’t know was that Data lived right next door. Also a block away was the school where Kindergarten Cop was filmed and to round things out Astoria, is also home to some locations from Short Circuit and the jetty that Free Willy jumped over at the end of the first movie. I will have to admit, none of the other trivia excited us the same way as our Goonies quest did.

We were told several times to go to the Astoria Column, but unfortunately it seemed to be closed for repairs. What we saw instead was a wrapped up tower on a hill. Astoria was a cool town – full of fun things around every corner but we had to keep getting our goon-on and headed south down the cost. Our next stop was Ecola state park – Fabled to house the “Light House Lounge” – We arrived at a parking lot and were quick to notice the stunning view of Cannon Beach, we didn’t immediately see the lighthouse though, and instead a trail. I convinced Anna that it must be down that way, so off we went. we wandered through thick ocean side rain forest that was too beautiful to photograph. Despite several attempts. we finally got to a high cliff and realized we were on a dead end and we headed back. That is when I had the great idea to ask the Google – and it answered, “It was back where you started from!” Sadly, the lighthouse is no longer standing, but there is now a picnic shelter near by – I’m certain the fireplace inside the shelter isn’t the same one the boys climb down, but it was nice to imagine it was.

Next stop was a long walk on Cannon Beach. Mostly because I was worried about parking, so I took the first parking place spot I could find, which turned out to be about a mile up the coast from the famous rock. There weren’t many complaints though, and not a lot of talking – we just walked. That kind of walk you only ever have on the ocean – where you loose track of time, troubles, and worries, and just walk.

The last stop of the day found us at a place called “Hug Point”.  A place I had threatened to stop at every time we passed. “I am going to stop there, and you are going to hug me” – I finally laid the cards on the table. I made her get out of the car as she said things like “Mom, people don’t actually hug here!” – I replied “We do.” I got my hug and even held it long enough to make her say, “gawd mom!” which made me smile. After our moment, I spent the sunset alone on the beach there – Anna was cold and cranky after all I’d dragged her through so I relented and had an amazing time “blissing out” (as my dad calls it). It was the perfect way to say goodbye to the north coast. The next morning we packed up and headed south.