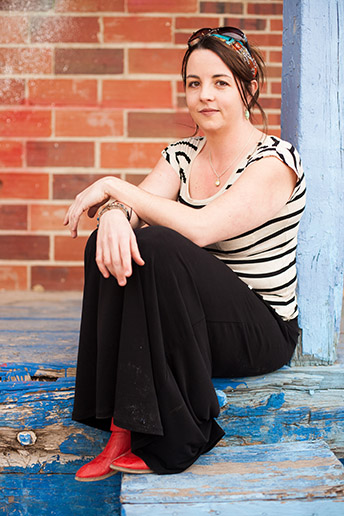 “You see, it’s like a faucet” Bonny Fleming says, pushing her long dark hair out of her face and gesturing with her hands as though she is saying something of immense importance. “If it’s not running, I feel like I’m going to explode.”

She’s talking about her drive to create, the thing that has pushed her to achieve so much at such a young age. Back in 2009, at the ripe old age of 29, Bonny was named by the Rapid City Journal as a visionary for the city. And for good reason. Even as one of the youngest people on the list, Bonny had already established herself as an important presence in the community – the creative community in particular. She’d hosted concerts, organized fundraisers, created and hosted a film festival… She’d even helped design and construct multiple haunted houses in the area.

(Read the rest of this story in the Spring ’13 FACES)